Joscelyn was 21 years old, a student at Montana State University, involved in campus life and Cru, had a bright future ahead of her, and a beaming beautiful smile. Her life was ended tragically this week in a car accident. For those left behind wondering why it’s devastating. I can’t imagine the pain her parents feel. As I read through the comments people were leaving on her facebook page it was very obvious that she touched many lives by her kindness, her bright smile, her friendship and most importantly she left a mark because of her faith in God.

Last spring break Joscelyn was a part of the team that came to help serve our city and go to the campus and streets of Portland to share about God. Joscelyn is in the photo below at the top center. I’m so thankful that in her short years she invested in things that were eternally important. It was a joy to get to meet her even briefly. It’s students like Joscelyn that keep us doing what we’re doing. We want college students to come to know God, love Him, and serve Him whether they have 21 years on this earth or 100. 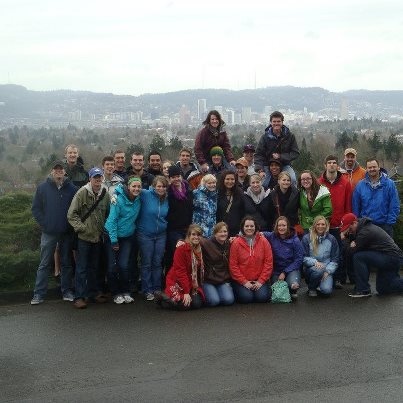 Yesterday I took Jenna to the doctor for her 6 year check up. On the wall was a picture of a young girl (no older than 12) who has recently lost her mother and next to it was a painting that I think she did and I was so struck by her young life and the saying on the painting that I took a quick picture. 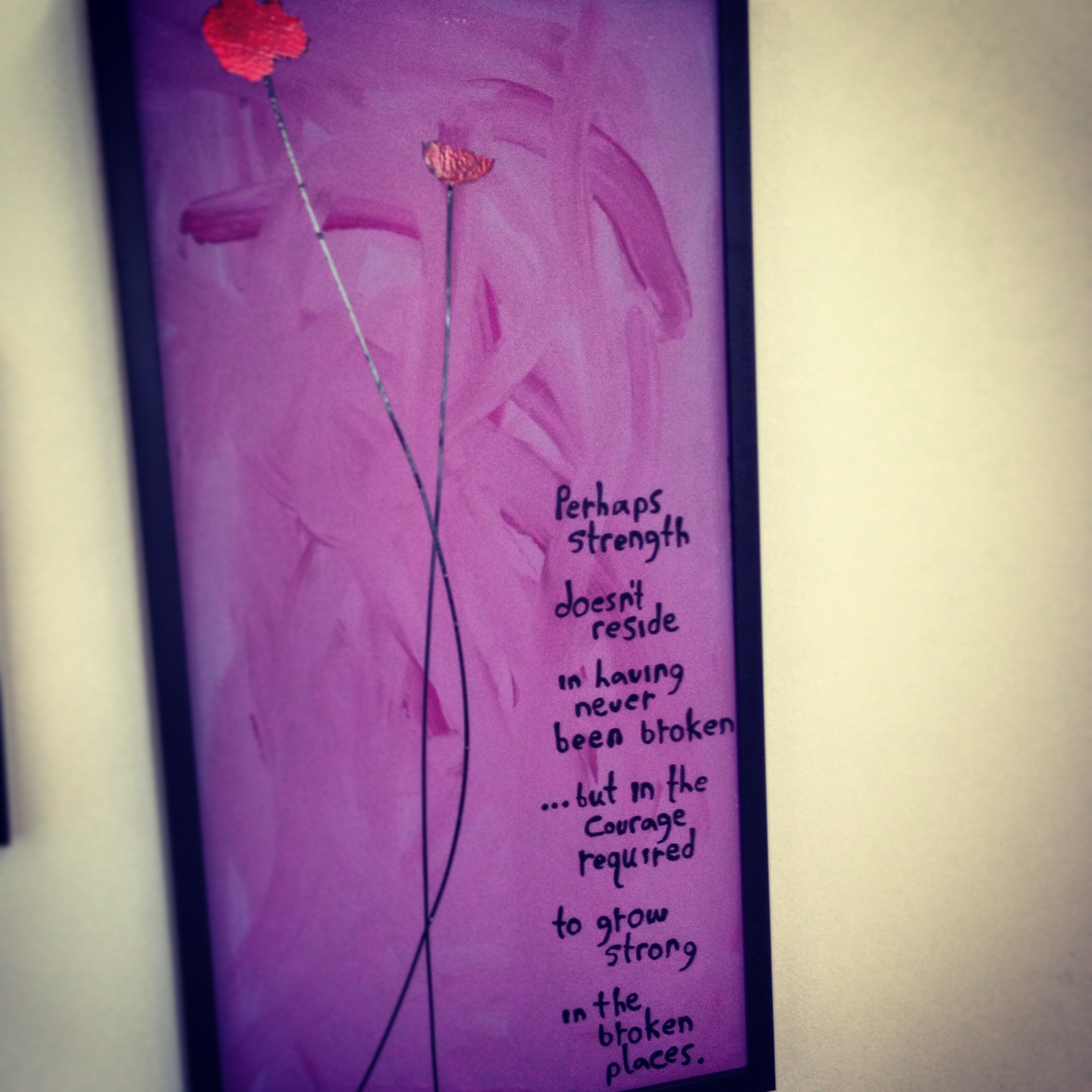 As I was texting with a staff at MSU who worked with Joscelyn she said that she had never known anyone who has died before. I can’t even fathom that. Death has been such a part of my life since I was young. There’s no great reason that someone experiences lots of pain and death, such as this girl who lost her mom, or Joscelyn’s family as they grieve the loss of their young daughter. Some are spared more pain than others and there’s no good reason why. My friend Carolyn who is a wise, God fearing woman said this, “Just because God uses pain and suffering and can transform it, doesn’t mean it was the reason for it.”

Most of the time there are no real answers this side of eternity as to why hard things happen, they just do. But we can hold onto the God who one day restores all hope and while we’re here, sometimes walking through pain, God wants to be a part of those broken places and give us strength.

I’m so thankful that Joscelyn is with God in heaven. Better are one day in His courts than a thousand elsewhere. Do you believe that? If you’re in a broken place are you letting God in to be a part of it?