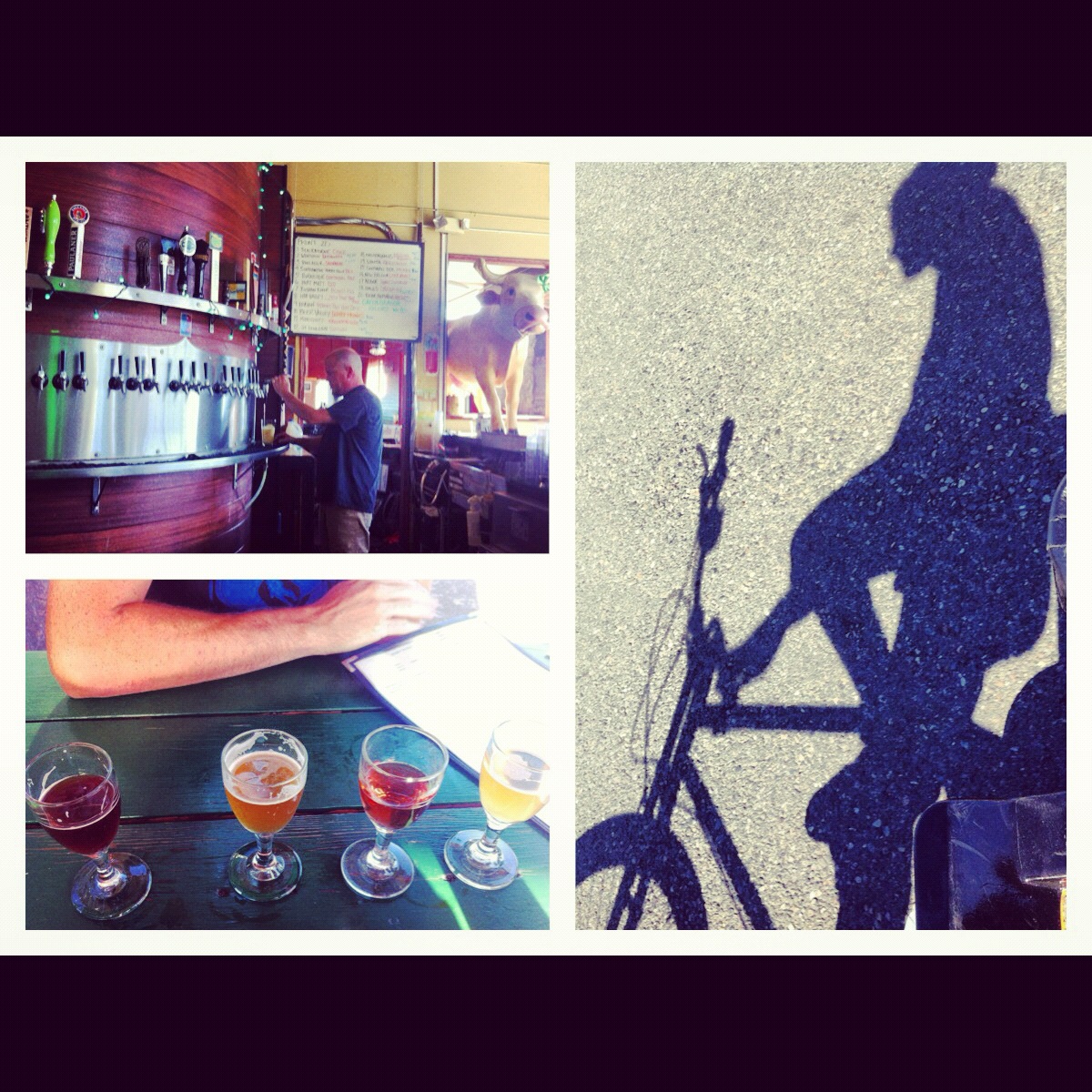 Have you ever taken a pedicab? We hadn’t either until this evening. There was a deal on Groupon a couple months ago for a Pedicab brew pub tour in SE Portland. I thought that sounded like an adventurous date that we wouldn’t normally go on so we purchased it.

Well, we had a great time, it was the perfect summer evening, it was oddly quiet out and about (although it was Sunday so I guess that makes sense), and it was a quirky Portland experience.

Our driver has worked in many cities in the states, had lots of stories for us, was a musician, knew his beer well, gave good advice and also shared that he lived with three gay men. One of them was a full time drag queen and one was a performing drag queen. I really wanted to ask what a full time drag queen was but refrained. He would accompany us to the bar, give us advice on the beer and food and then come back and check on us from time to time during the stops. It was almost like having a third party on part of our date but we had a great time together and some entertaining conversation along the way.

Don’t worry, we actually didn’t drink much along the way. It was fun just to get some samplers and try some new drinks, some of which were sour beer, crazy stuff. One of the things I like about Portland is that just because you go to a pub and have a beer people don’t question your salvation. That may sound crazy but it can be such an issue and it feels like a non-issue here in so many ways.

Here’s a picture of the four breweries we went to: 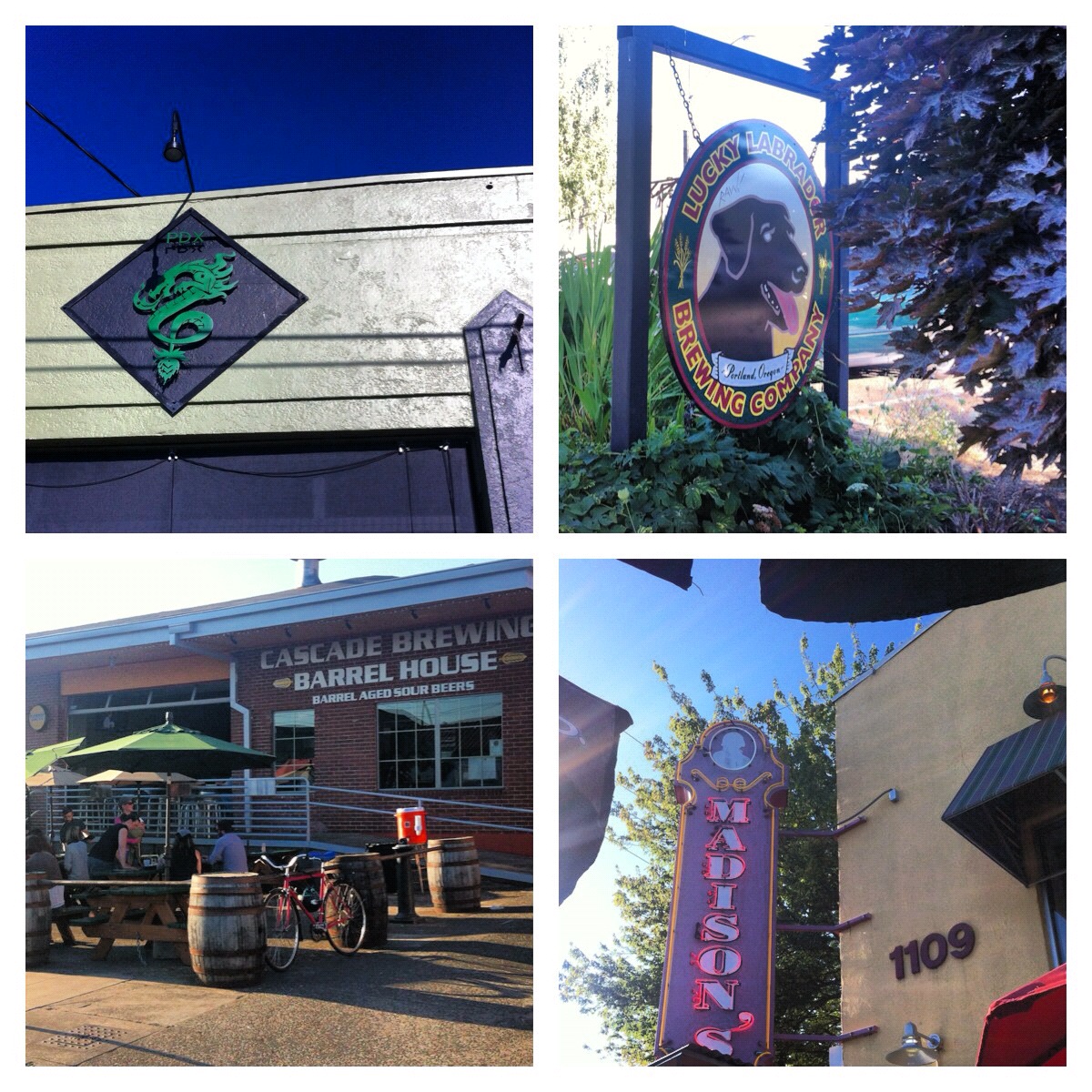 They were all really great but our favorite of the evening was The Green Dragon. It had private outside seating, a great bar section with good lighting and atmosphere, a friendly bartender, 50 beers on tap, great food selection, and family friendly seating section with a good kids menu. And well, they had several cow statues, one of which was on top of the bar (you can see it in the top picture). Great character, what more could you ask for. So if you’re coming to visit us we’ll be taking you there for a nice Portlandia outing.

So cheers to date night! They are the best!