This past weekend I got to go away with my parents and aunt at what my husband and some of my friends (you know who you are) like to call a Redneck Fest. It was actually called the Willamette Music Festival and it was so fun. As some of you might know I grew up in a small town, country music runs through my veins and many life memories are tied to a country song or two. Wranglers and boots were common attire, and hot too I might add. Hard work was ingrained in my upbringing by my family and those around me and if that meant changing pipes, mowing a yard or hauling a little cow dung around to help out your family or make a buck then you did it (and it wasn’t called child labor or abuse it was called being responsible). I raised sheep and pigs to show in 4-H because that was the cool thing to do and it helped pay for college. The Portland vegan would call it abusive and wrong but I called it fun (mostly), character building and responsible because it helped pay for my education. I love the smell of a hay field, the sound of a sprinkler and tractor. I love the horse races and a county fair. I would secretly prefer to drive a truck (the closest thing to that I’m going to get at this stage of life is my Honda Pilot), and I know the lyrics to a lot of country songs and if that makes me a redneck than I’m okay with that.

One of my desires for a long time has been to see Carrie Underwood (I watched her win American Idol and she’s my favorite idol winner) in concert and this weekend that happened and it was fantastic. She is beautiful, incredibly talented and has a genuine heart. One of her songs talks about how this is only our temporary home (you should watch the video and see if you can do it without crying. yikes.) which is so true and I firmly believe that. Then she had a young girl join her on stage to sing who was with Make a Wish Foundation and that point was driven home even further. Life can bring about sudden hardship, not sparing even the cutest child and there is more to this life than what we see on this earth.

Brad Paisley puts on an entertaining show, he signed and gave away a guitar to a foster kid who was in the audience and sings one of the funniest songs about fishing that reminds me of my dad and I can’t help but laugh when I hear it. The Farm was one of my favorites to watch, they have a diverse band (which is nice to see), they were incredible musicians and had a guy who played a mean fiddle that you can’t help but love. 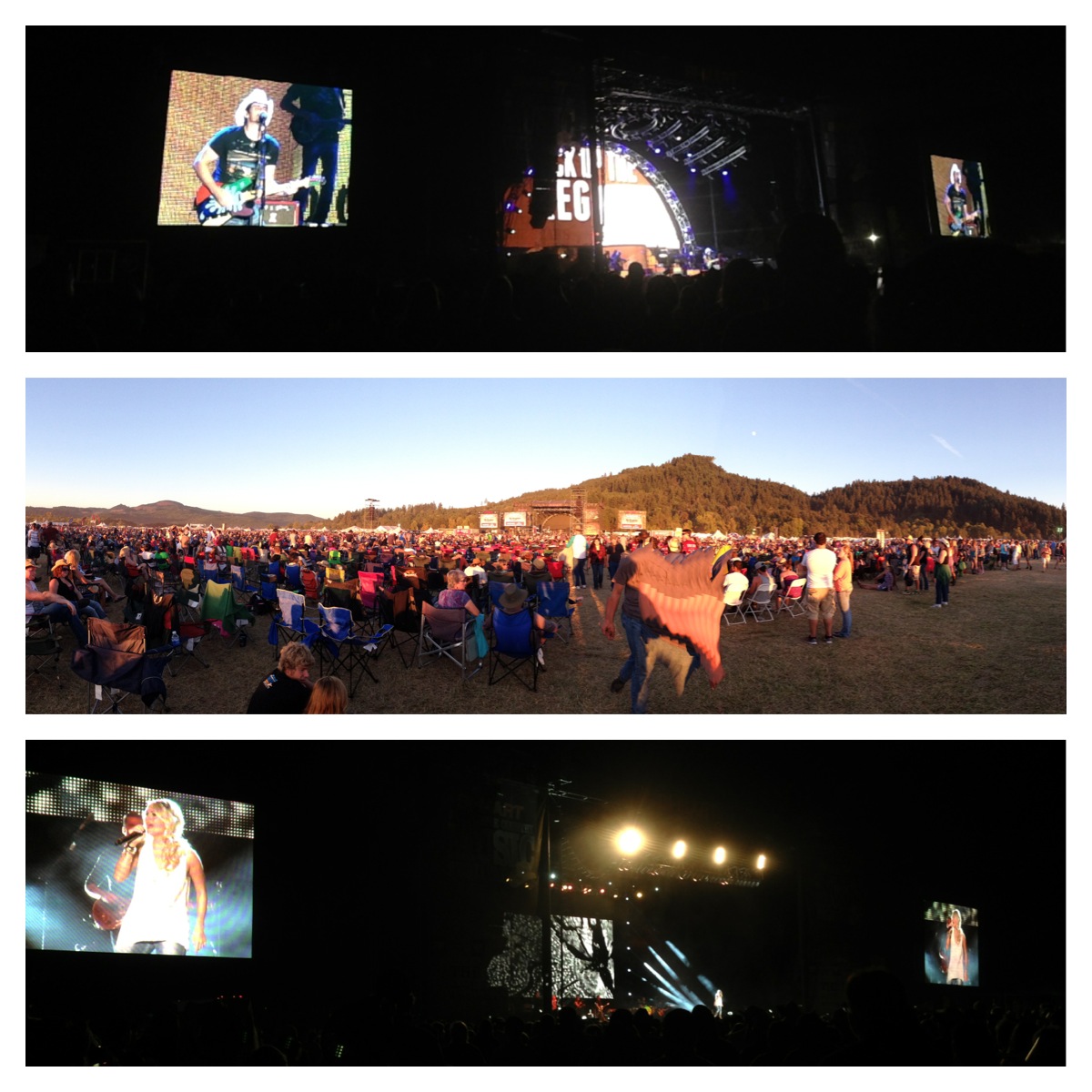 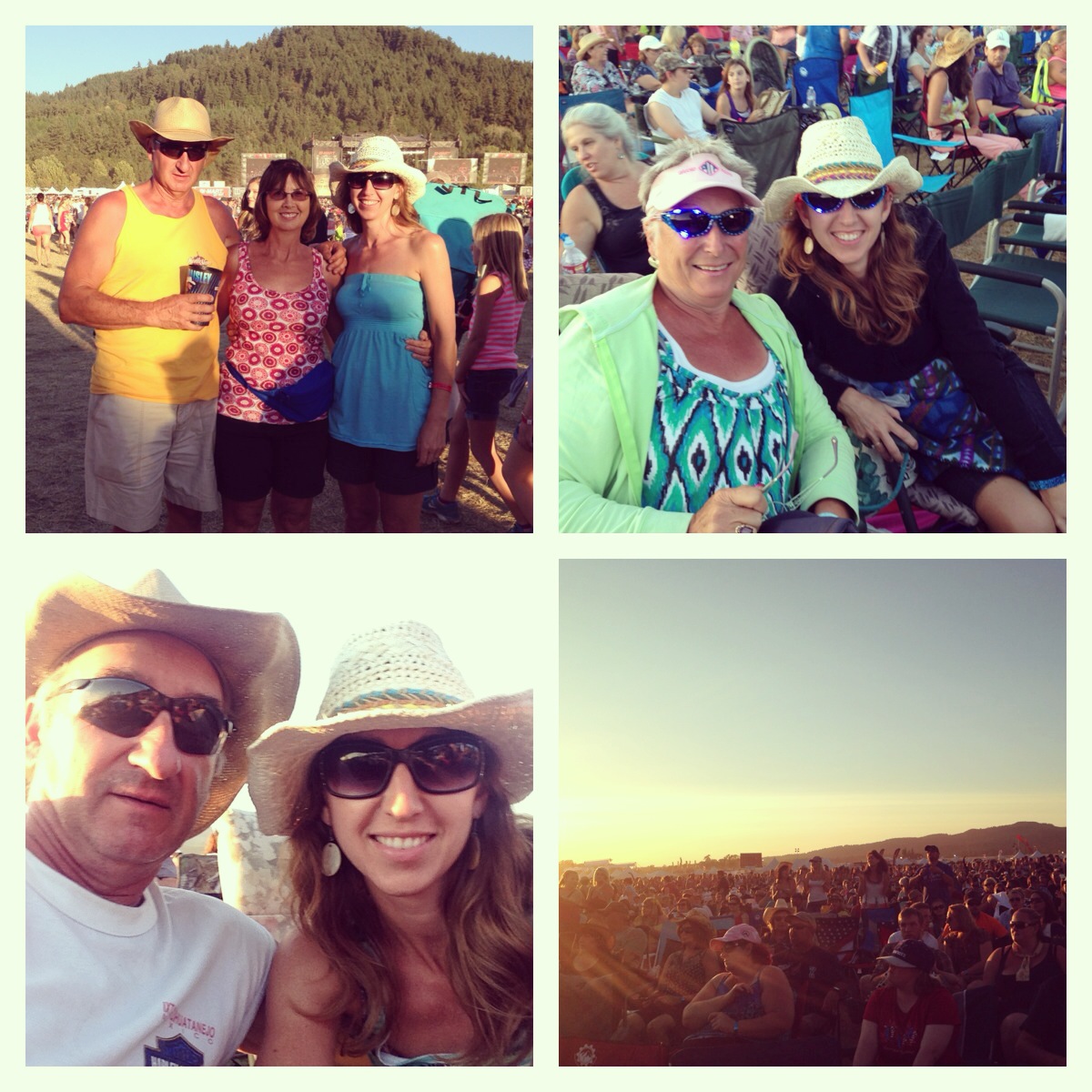 If you read this far then you might just indeed be a redneck or at least enjoy one.

My wonderful and brave husband took the kids camping on Mt. Hood for a night where they had an incredible time according to them. He then introduced them to Star Wars by watching the first movie and Matt shared at a meeting we were at that it was the highlight of his summer. Here is one of the big differences between us, he prefers Star Wars and I prefer Country music. Both of us were happy campers this weekend.

I’m so thankful for my parents and aunt treating me to a fabulous weekend. I got my fill of what I like to call (some disagree) great music, I got to wear a cute cowboy hat proudly, and I came home covered in more dirt than I’ve played in since I was about 7. I did see a lot of dresses and boots, far too many cheeks (and not the ones on your face) and cleavage for my liking and the mom in me wanted to make a lot of young ladies and grown women change their clothes and tell them to have some self respect, but at a redneck fest that might get you a black eye. Overall it was awesome. I love my country, redneck roots but I also love coming home to the city. It’s the best of both worlds really.