A girl never outgrows the love of her dad or the sweetness of being spoiled even at the age of 35. My dad is the strong silent type. Even when a lot of words aren’t spoken you know what his heart is saying through his actions. He is incredibly hard working and uses his gifts to serve others, especially his family.

My dad had some rare time off work this week and since it was my birthday, Matt was gone and I’ve been hinting (okay, telling) that we need some shelves built in the garage he decided to make a trip to see us for a day. He drove over at the crack of dawn (literally). We, and by we I mean, I stood and watched, held a board here and there, Isaac constantly moved toys into the work path and rode his bike around the truck a million times. My dad worked hard and built an amazing wall of shelves for us and was done by lunch time. He was so patient with Isaac and encouraged him to help him build. He let him drill some holes and I got one of the sweetest pictures of them drilling together. Seriously melted my heart. 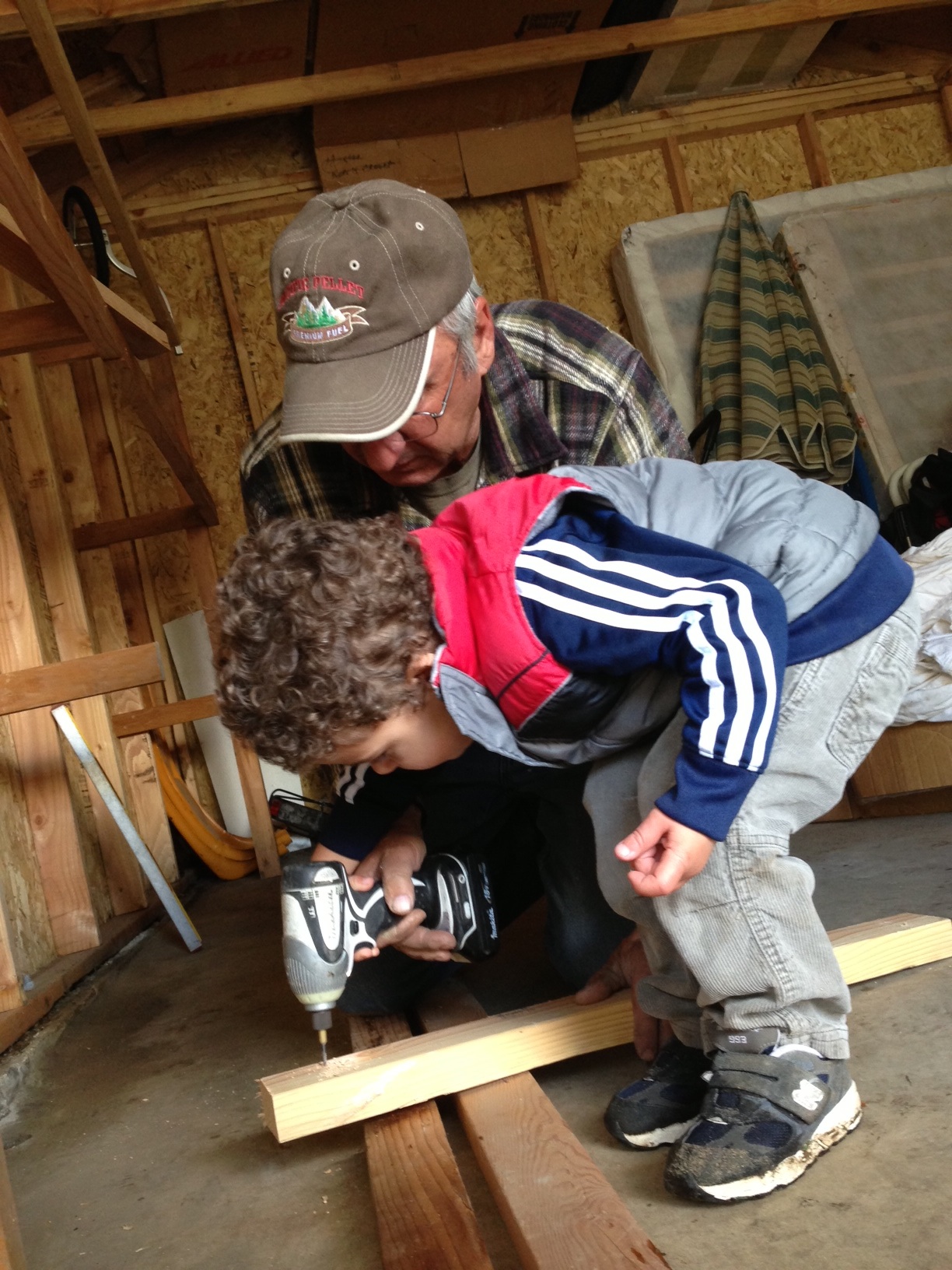 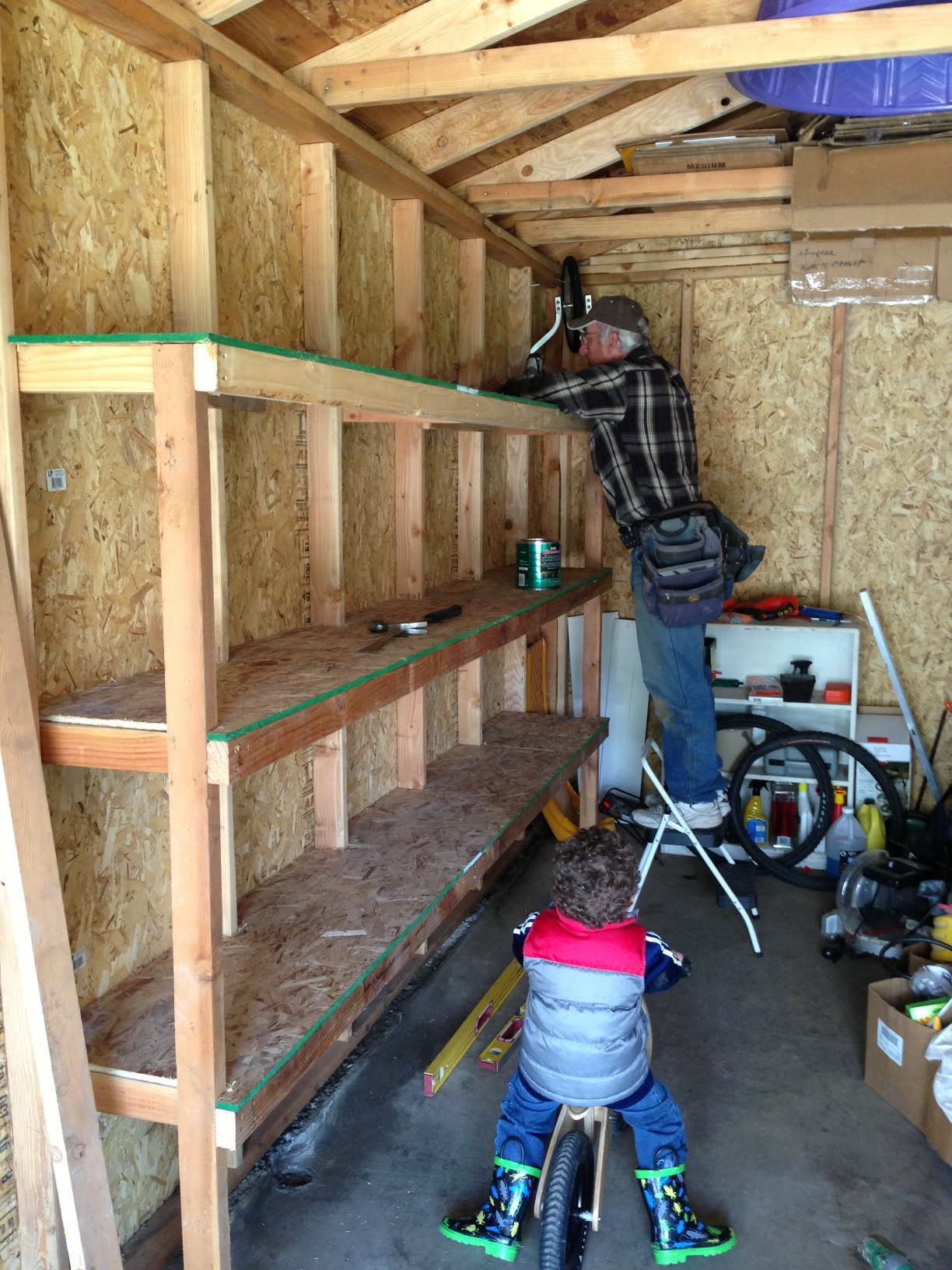 We had such a fun day together outside, building, going to the park to feed the ducks and going to dinner together. At the end of the day Isaac was begging to go for a ride in the truck so my dad lovingly agreed to go sit in the truck with Isaac so he could “drive,” open the window over and over again, and wave at me excitedly through the window. When they were done “driving” Isaac was sure to tell my dad, “That’s my truck.” Sure thing little buddy. This is where memories are made. It really is the simple pleasures isn’t it? 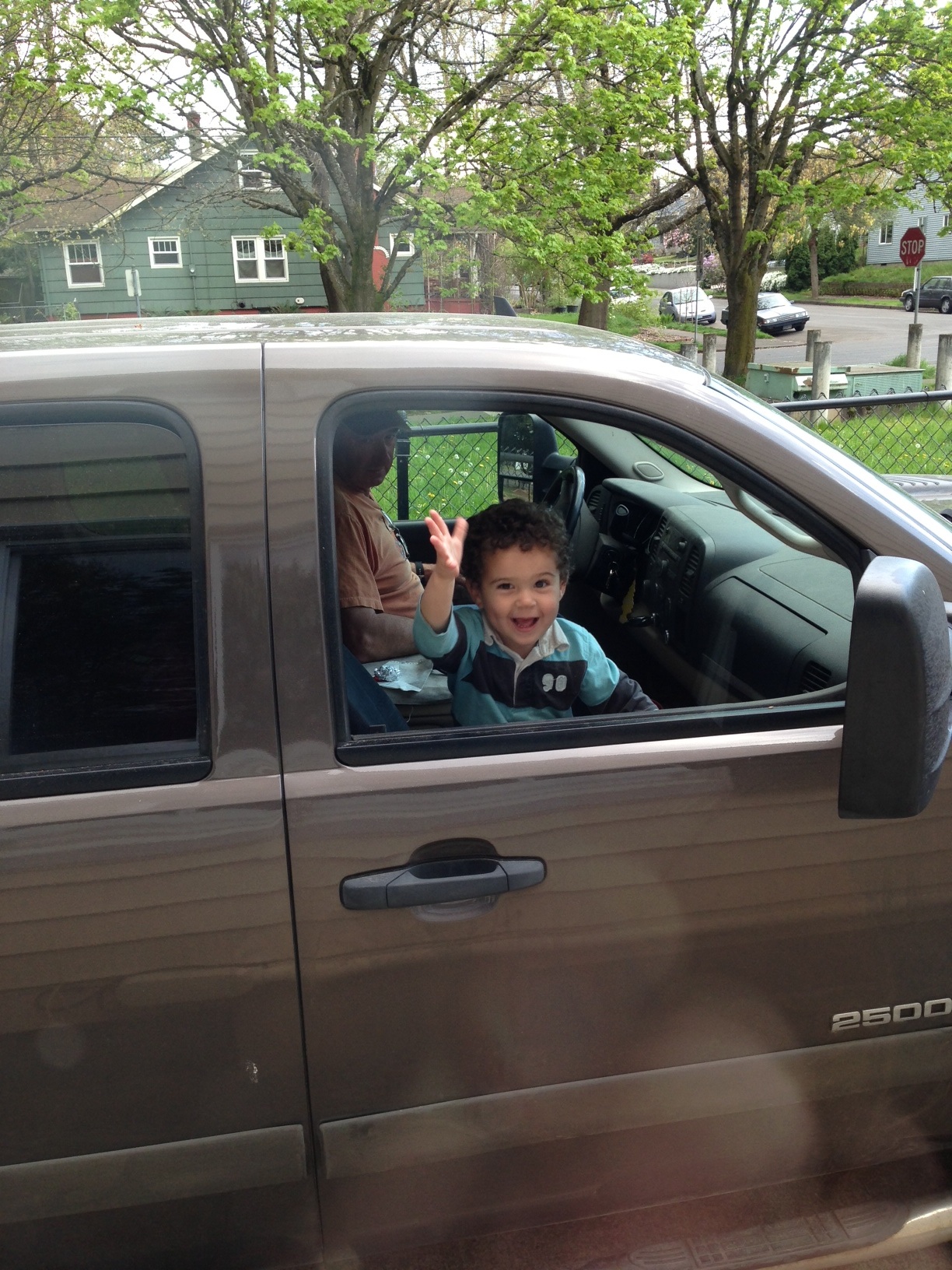 It’s not often that I get to spend time with just my dad and kids so that was a special day to be remembered for a long time.

As I watched from the kitchen this morning as I was making breakfast the kids were snuggled as closely as they could be around my dad watching PBS. It was so adorable. I will never forget the sweet times of being with my Papa and how adored I was by him and I know my kids will always feel the same way about theirs.

This has indeed been a great past few days of celebrating my birthday. I have been blessed by numerous family and friends through texts, Facebook messages, phone calls and gifts. My cup is full and overflowing right now.  So thanks to all of you who blessed me beyond measure.

And thanks dad for sacrificing time, money, and hard work to spoil your girl on her birthday. Not every daughter is so lucky.

Today as we were getting Isaac’s bike out to go for a ride he walked over to the shelf and said, “Papa and I built that.” He was so proud of his hard work. He’s our little carpenter in the making.